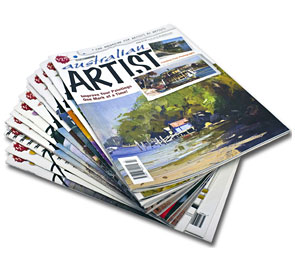 As seen in The Australian Artist

Six on the Turps was the title chosen by six Central West artists commonly addicted to the pleasure of painting. The inaugral members were Loretta Blake, Eris Fleming, Elaine Mortimer, the Late Annmarie Ingham,Tony Mason and Greg Turner.

Their first exhibition was held in November 1987 at Mortimer’s ‘Warriwillah” in Millthorpe. The event brought an enormous crowd of 1400 with 95% of the work on show being sold; a commercially successful venture was up and running.

The group exhibited extensively for the next 10 years with Robert Wilson joining the group in 1990. An article featured in the Australian Artist Magazine celebrating the Six on the Turps and their 10years as a group, and the group also featured in the writings of Frannie Hopkirk author of “A Portrait of Brett Whiteley by his Sister”